Through data and analytics, investors now have an opportunity to direct greater capital to businesses that make a positive impact.

Studies show that having gender diversity in leadership positions correlates with increased profit and returns. Companies with just 30% women in the C-suite demonstrate a 15% increase in profitability compared to those with none. Likewise, companies with boards made up of at least 40% women demonstrate higher return on equity, higher return on capital and lower stock price volatility , especially compared to exclusively male boards.

“[E]vidence suggests that many women remain unable to achieve their goals… If these obstacles persist, we will squander the potential of many of our citizens and incur a substantial loss to the productive capacity of our economy.”
- Janet Yellen, Federal Reserve Chair
We All Can Succeed: 125 Years of Women’s Participation in the Economy

For instance, take the S&P1500 Index -- comprising the 1,500 largest companies that account for 90% of U.S. stock market capitalization:

How can we create change?

The first step is to understand the scope of the problem. Censible set out to create a way of evaluating companies on leadership gender diversity. To find the companies and funds with the strongest female leadership, we use a database of over:

Censible believes such a comprehensive analysis provides not only more accurate ratings but also global perspective across all companies, both big and small. Armed with this data, investors can make more informed decisions with their money. Because let’s face it: when you buy a product or invest in a company, you are supporting that company and its practices.

For each company, we first compile an executive score and a corporate board score, and then combine them into an overall raw Women in Leadership score. The raw score is then normalized across the company’s peers and by geographic region to determine a Censible rating.

The executive score is calculated based on the percentage of women in a company’s C-suite and the importance of each C-Suite position. The C-suite executive roles included are:

The executive roles are weighted by relative importance; this weight is determined by finding the median ratio of each position’s compensation to total executive compensation across companies with greater than $1 billion market capitalization. Censible uses compensation ratios instead of absolute compensation amounts because this measure naturally adjusts for compensation currency and company size. 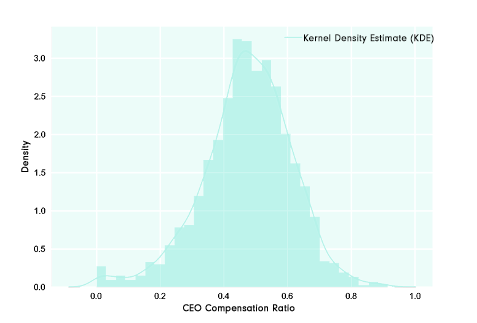 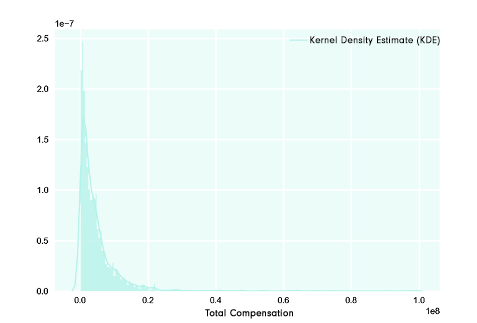 Censible also uses a system of equations to adjust position compensation weights when executives have multiple roles. In the event a company does not have a particular position or Censible is unable to identify an executive’s gender, Censible adjusts the score to avoid unfairly penalizing or promoting the company.

Raw scores are normalized across company peers. Rather than defining peers according to strict industry and sector classifications, we analyze similarities in micro-revenue data to generate peer cliques to normalize across. This helps us avoid pitfalls associated with defining a conglomerate business by a single, narrow classification.

Censible also normalizes company scores based on country or geographic region. Regulatory requirements and cultural differences regarding gender roles can affect the inclusion of women in leadership roles. For instance, the CAC 40 in France is requiring large companies to appoint 40% of their board seats to women by 2018. Companies in countries with fewer than 75 companies are normalized against the companies in its geographic developed or emerging market region.

Some companies are excluded from Censible’s published Women in Leadership rankings lists. To be included on a list, the company must meet the following requirements:

Companies failing to meet these requirements may still be used in ETF or mutual fund calculations. Censible aggregates companies for country-specific rankings by corporate domicile. For instance, Accenture PLC, which is domiciled in Ireland, would not appear on a U.S. aggregated list.

Censible builds its fund ratings by first evaluating the constituent companies found in investment funds and ETFs. Fund holdings level data is provided by Factset’s Ownership and Symbology datafeed. Censible breaks down each ETF and mutual fund into individual components at the positional level and then rolls them up into the ultimate parent company. For example, Vanguard's Total Stock Market ETF (VTI) holds approximately ten other investment funds which our proprietary analyzer programmatically disaggregates into roughly 3,500 individual companies in order to calculate an overall ESG score for the fund. Displayed metrics pertaining to a fund such as the number of companies in the fund or the number of female CEOs utilize Censible’s proprietary analyzer.

Some funds are excluded from Censible’s published Women in Leadership rankings based on our selection criteria. To be included, funds must meet the following requirements: